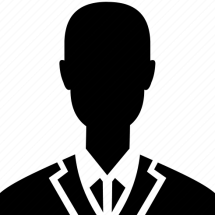 What Are Inhalants?
Inhalants are volatile substances that produce chemical vapors that can be inhaled to induce a psychoactive, or mind-altering, effect.
Although many parents are appropriately concerned about illicit drugs such as marijuana, cocaine, and LSD, they often ignore the dangers posed to their children from common household products that contain volatile solvents or aerosols. Products such as glues, nail polish remover, lighter fluid, spray paints, deodorant and hair sprays, whipped cream canisters, and cleaning fluids are widely available yet far from innocuous. Many young people inhale the vapors from these sources in search of quick intoxication without being aware that using inhalants, even once, can have serious health consequences.

National surveys indicate that nearly 21.7 million Americans aged 12 and older have used inhalants at least once in their lives. NIDA’s Monitoring the Future (MTF) survey reveals that 13.1 percent of 8th-graders have used inhalants. Parents and children need to know that even sporadic or single episodes of inhalant abuse can be extremely dangerous. Inhalants can disrupt heart rhythms and cause death from cardiac arrest, or lower oxygen levels enough to cause suffocation. Regular abuse of these substances can result in serious harm to vital organs, including the brain, heart, kidneys, and liver.

Through scientific research, we have learned much about the nature and extent of inhalant abuse, its pharmacology, and its consequences. This research has brought the picture of inhalant abuse in the Nation into focus and pointed to the dangers and the warning signs for parents, educators, and clinicians. We hope this compilation of the latest scientific information will help alert readers to inhalant abuse and its harmful effects and aid efforts to deal with this problem effectively.

We offer courses created by the worlds leading experts in addiction recovery. Our curriculum has been developed by top scientists who have spent their careers as addiction recovery professionals, addiction counselors or addiction researchers at the NIDA, SAMHSA and NIAAA.

Be the first to add a review.